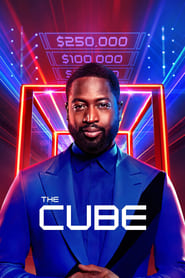 ITV joins the wave of revivals with a new version of its hit show, The Cube, coming soon to your screen, promising higher stakes than ever with a million pound jackpot.

Almost eleven years after its original premiere on August 22, 2009, Phillip Schofield will re-host this high-octane gaming contest, which sees contestants attempt seemingly simple tasks within the high-pressure confines of the iconic Perspex cube.

Produced by Objective Media Group’s Wildcard Television, this new 5 × 60 ‘series will see pairs of contestants, from the same household, take on solo games as well as new two-player challenges.

Each pair will have nine lives to complete seven games, each with an increasing amount of money, as they approach the grand prize. Players will have to overcome extreme nerves and frustration as they take on deceptively simple tasks like throwing a ball into a container, balancing on a beam, or stopping a clock at exactly 10 seconds. But will they have what it takes to defeat the mighty Cube?